RETRO vs LaMDA - Clash of the Transformers Presentation

Sam Witteveen and I started the Machine Learning Singapore Group (or MLSG for short) on MeetUp in February 2017 (it was previously named “TensorFlow and Deep Learning Singapore”), and the thirty-sixth MeetUp was our first in 2022, and was inspired by our attendence at the NeurIPS conference in December.

The meetup was titled “NeurIPS and the State of Deep Learning”, and was in two parts:

The slides for my talk are here : 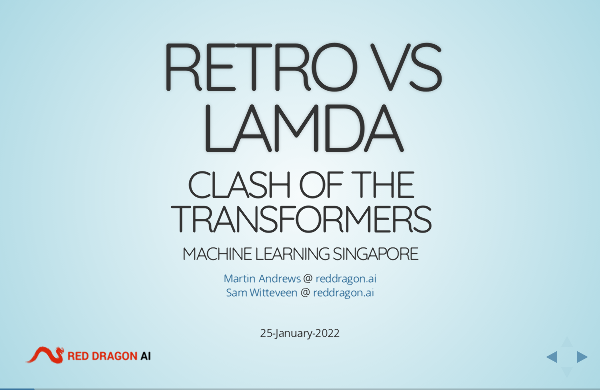 If there are any questions about the presentation please ask below, or contact me using the details given on the slides themselves. 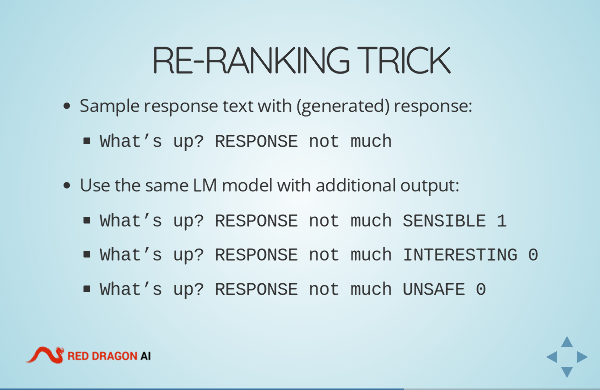 In the discussion / Q&A session after the two talks, one topic that arose was how to migrate from the somewhat quirky Colab plaform, to something based on GCP - so I pointed to my blog post to do exactly that, and explained that this ‘GCP machine as local GPU’ worked so well that I had recently sold my local GPU (Nvidia Titan X 12Gb, Maxwell), and migrated onto GCP. One benefit (apart from all-in cost) has also been the ability to seamlessly upgrade to a larger GPU set-up once the code works, without having to make an infrastructure changes (i.e. disk can be brought up on a larger machine near instantly).

I should also give a shout-out to Google for helping this process by generously providing Cloud Credits to help get this all implemented.

PS: And if you liked the content, please ‘star’ my Deep Learning Workshop repo :: Star

{Finance, Software, AI} entrepreneur, living in Singapore with my family.